On this International Women’s Day, 8th March, we have been thinking about the resilience and empowerment of Malawian women and girls: their wellbeing, their development, and their ability to respond to climate change and other stresses.

There are two sides to the coin. On one side, Malawi has many laws and policies that promote gender equality and the empowerment of women – and is a signatory to the major international conventions (such as the Convention on the Elimination of Discrimination Against Women). Looking at these, women should have a good position in society.

Gender equality is enshrined in the Constitution, which also ‘forbids discrimination based on language, culture or religion’. Key resilience initiatives in Malawi, including the National Resilience Strategy, recognise the importance of gender equality, and of considering the vulnerabilities and capacities of disadvantaged groups when designing and implementing programmes. Gender and strengthening women’s empowerment are seen as cross-cutting issues and ‘integral to all pillars’ of the strategy.

On the other side, Malawi’s society is still unequal in practice. The large volume of acts, policies and plans to promote gender equality are not fully implemented. The potential of women and girls is not yet realised.

In terms of poverty, 57% of female-headed households are poor compared to 43% of male-headed households. This is largely because women are more engaged in low-income activities and unpaid care. They have limited ability to engage in decision-making, limited access to resources and assets, higher illiteracy rates, and inadequate access to systems and services including education and healthcare (AfDB’s Malawi Gender Profile, 2021 forthcoming).

The Afrobarometer survey found that despite widespread support for gender equality in Malawian society, 22% of Malawian women reported experiencing gender-based discrimination during the previous year – more than twice the proportion of men (9%).

These structural inequalities influence people’s experiences and capacity to manage different threats, including risks arising from climate change and hazards, such as Covid-19.

Reflecting on International Women's Day, Gloria Majiga-Kamoto, Programme Manager at Centre for Environmental Policy and Advocacy (CEPA), said: "The effects of climate change are most felt by women and girls, and so our policy actions need to include women in the development and implementation. In building resilience and responding to climate shocks, we need to be inclusive and strive to address the existing inequalities in our society. Through economic empowerment interventions, we will build the resilience of women and therefore communities." 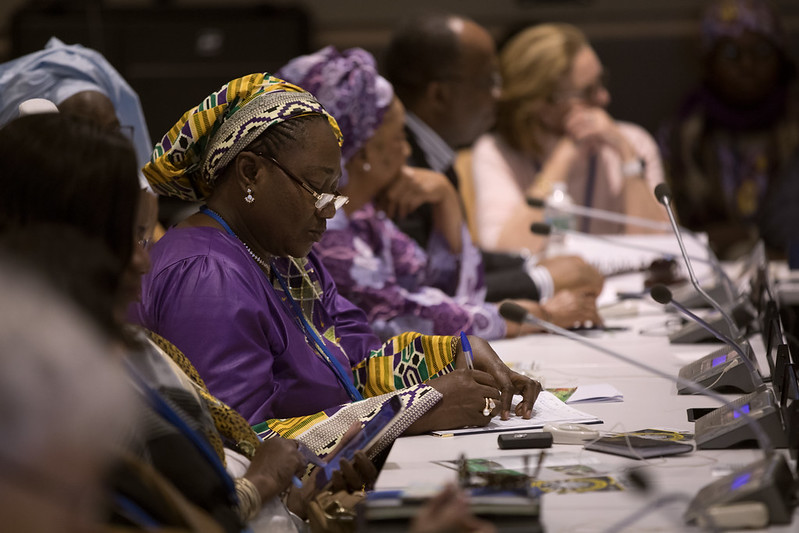 What PROSPER discovered about gender inequality

PROSPER has conducted a gender analysis and developed a Gender Equality and Social Inclusion Strategy to ensure equal opportunities for participation by marginalised groups, including women and different age categories.

PROSPER's Annual Survey collects data about women's empowerment, including outcomes disaggregated by male- and female-headed households, and indicators on women's roles in decision-making within the household.

The 2020 Annual Survey found that PROSPER’s programme has been successful at achieving inclusive participation for women and men in many activities that support resilience, such as use of irrigation, accessing climate information and extension information, and access to microfinance.

However, for many outcomes, gender gaps remain. For example, female-headed households have fewer assets and achieve lower crop yields:

Research to make programmes even better for women

BRACC Hub is working with PROSPER to conduct some follow-up research using the Annual Survey data and interviews with implementation staff to understand where the programme has been successful at achieving inclusion for women and other vulnerable groups, and what factors contribute to the persistent gaps in outcomes.

Outcomes can vary widely even within groups. For example, some women may be able to benefit from economic opportunity more than others; people in certain ethnic groups or geographies, or with a certain marital status, age, ability or disability may face more or fewer [dis]advantages than others. For instance, according to PROSPER's gender analysis in Nsanje and Mchinji, "community targeting [in the programme] tends to view the second or third wives as being in male-headed households, even if, in practical terms, they receive little support from their husband… This can result in households that, to all intents and purposes are single-income households, being categorised as better off than they actually are”.

For this reason, the research will focus on what we call ‘intersectional issues’ – to unpack how different factors (such as gender, age, ethnicity, (dis)ability ‘intersect’ to help people get ahead or hold them back. The research will seek to understand how support programmes like PROSPER can improve everyone’s wellbeing and future prospects.

All of this evidence will feed into Malawi’s bigger national conversation about how people can leave poverty behind for good, and become more resilient to climate and other shocks and stresses that come their way.