A week has now passed since the 26th Conference of the Parties (COP 26) to the United Nations Framework Convention on Climate Change concluded in Glasgow. The two week negotiation culminated in the signing of the Glasgow Climate Pact, and led to a number of decisions that are relevant to Malawi.

What was agreed at COP26?

The key outcome of the COP, the Glasgow Climate Pact calls for a gradual “phase down” of coal, for countries to revisit their emissions reductions commitments over the next year with a view to limiting global temperature increase to 1.5C, and a doubling of adaptation finance to benefit the most vulnerable countries by 2025.

This is the first time a climate deal has explicitly tackled fossil fuels and coal in particular. However, the pact has generally been criticised for failing to deliver on the high expectations many held prior to the conference. In an article highlighting the reactions of the scientific community to the pact, researchers lamented that current efforts are “…not enough to limit global temperature rises to 2 °C”. Despite the explicit statement of the need to reduce fossil fuels, many were disappointed that the text was diluted at the 11th hour from “phase out” to “phase down”.

What do the decisions mean for Malawi?

The commitment to increase adaptation finance will be viewed as positive by Malawi’s delegation. In a conversation with Mathews Malata during the COP, lead negotiator Evans Njewa explained that Malawi was lobbying for a climate financing mechanism to enable adaptation to the impacts of climate change,

“We would want to see a climate finance package that is accessible by those who need it. We want this climate finance to be adequate to meet those needs of the developing countries. We are also building resilience and adapting capacity to climate change related disasters. Districts like Karonga, Nsanje are prone to floods, people suffer, so we want finance that could support loss and damage”.

Adaptation finance will be essential for Malawi to meet the commitments in its Updated Nationally Determined Contributions. This estimates the costs of adaptation measures to reach 4.5 billion USD, of which around one third is estimated to be required over the next decade (2020-2030), and two thirds in the subsequent decade (2030-2040).

As a founding member of the Least Developed Countries Initiative for Effective Adaptation and Resilience (LIFE-AR) Malawi is set to benefit from the UK’s commitment of a further £10 million to this facility. This aims to support achievement of the LDC Group 2050 vision which includes locally-led adaptation. 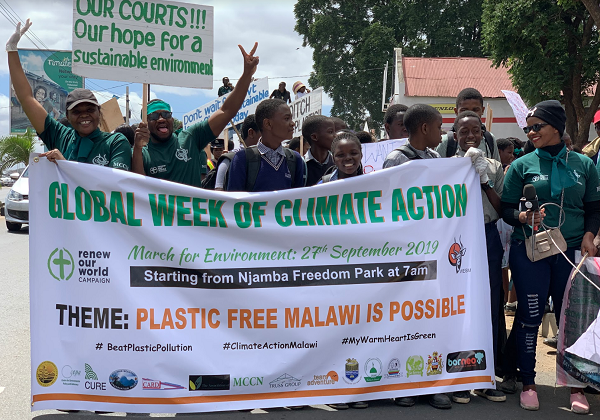 In its role as chair for both the Southern Africa Development Community (SADC) and the Least Developed Countries Group, Malawi also took a firm stance in demanding compensation for the “loss and damage” already caused by climate impacts.

In his Presidential address at the COP, President Lazarus Chakwera said “The money pledged to the least developed nations by developed nations is not a donation, but a cleaning fee. Neither Africa in general, nor Malawi in particular, will take no for an answer. Not anymore.” This position resonated in various speeches and presentations in the Malawi delegation including by the Minister of Forestry and Natural Resources.

In the finalisation of the negotiations, Malawi was one of the countries left disappointed that demands for the establishment of a “loss and damage facility” were diluted to the commencement of a dialogue to discuss the setting up of such a facility. However, COP host country Scotland pledged £2 million in loss and damage funding outside of the UNFCCC process.

Other decisions made at COP26

A number of other decisions and commitments were made at the time of COP26, of which Malawi is part and stands to benefit. These include the following.

Malawi signed up to the Glasgow Leaders' Declaration on Forests and Land Use in which leaders committed to collective efforts to halt and reverse forest loss and land degradation by 2030 while delivering sustainable development and promoting an inclusive rural transformation.

Cutting down trees for fuelwood is a major cause of deforestation in Malawi. The pledging of £50,000 to the Cleaner Cooking Coalition will raise awareness of clean cooking technologies for for rural Malawians who rely on biomass energy. The two countries also signed the cleaner cooking pledge to cement the collaboration and commitment on clean cooking interventions similar to the BRACC Modern Cooking for Healthy Forests project. 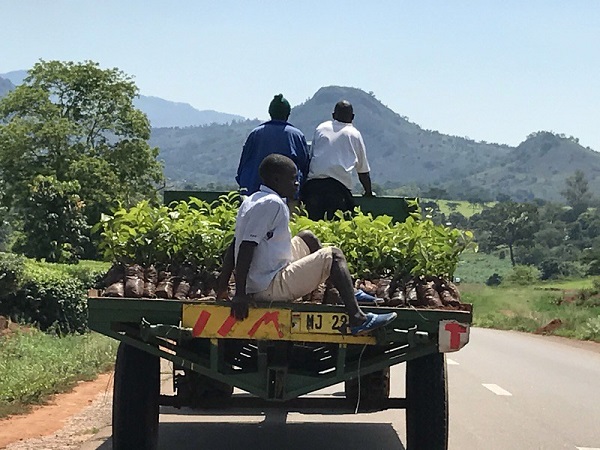 Water availability is key for Malawi’s development, yet is threatened by climate change. Malawi is one of the seven founding countries to have signed up to the Glasgow Declaration on Fair Water Footprints. The declaration calls “…on businesses, governments, civil society and external support agencies to join a collaborative effort to transform how the global economy interacts with the water environment and the resilience of local communities”. In short, it aims to recognise the “embedded water” or “water footprint” of activities in order to promote sustainability.

At the launch of the declaration, Dr Yanira Ntupanyama, Principal Secretary for the Ministry of Forestry and Natural Resources, assured the audience that “Malawi is committed to the declaration because water is very critical to our economy…our vision for industrialisation needs water and we need to use it sustainably”.

As delegates leave COP26, the Glasgow Climate Pact has the potential to keep 1.5 degrees alive, whilst greater commitments have been made to adaptation. Malawi comes away from the conference with a high profile – but there is no time to rest. All hands will need to be on deck to proceed with mitigation and adaptation plans outlined in the NDC and other national policy documents.