This year’s Earth Day has perhaps a particular significance. It comes three days after the World Meteorological Organization issued its State of the Global Climate 2020 report, which concludes: “Covid-19 combined with extreme weather [created] a double blow for millions but failed to put a brake on climate change and its accelerating impacts.” 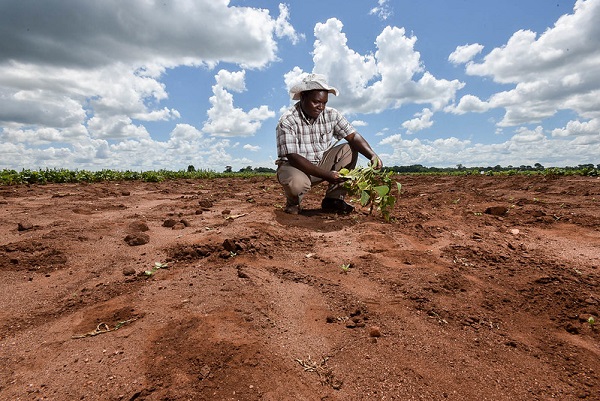 This year’s Earth Day is also laden with political significance. On this day, President Joseph Biden of the United States will convene a Climate Leaders Summit: a major milestone on the road to the United Nations climate change conference, COP26, in November 2021 in Glasgow, UK. It is also, poignantly, the fifth anniversary of the Paris Agreement signing ceremony.

The outcomes of this Climate Summit will have implications for Malawi and the world.

The objective of today’s U.S.-hosted Climate Summit is to dial up ambition and action, globally, on the reduction of greenhouse gases from human activity -- which are driving climate change.

According to reports, President Biden has invited the premiers of India, China and Russia to attend the Summit. They are due to discuss how to align their emissions pledges to put the world on track to limit global warming to well under 2°C.

President Biden’s Climate Envoy, John Kerry, has been visibly and energetically engaged in shuttle diplomacy around the Pacific Rim countries in recent weeks, seeking to drum up further emissions reductions pledges in advance of the Summit.

The U.S. is the world second greatest emitter of greenhouse gases. A high point of today’s Summit is expected to be the American announcement of its own domestic climate plan for deep emissions cuts. An ambitious commitment from the U.S. will have a material effect on reducing global emissions and will set an important political signal for the rest of the world, too.

Countries such as Malawi will be watching closely. Malawi’s greenhouse gas emissions are miniscule compared to other countries. Malawi is also considered one of the most climate vulnerable countries – its population is exposed and deeply vulnerable to floods, droughts, storms and rising temperatures. The difference between an average global temperature rise of 1.5°C or 3-4°C will be deeply felt in Malawi and could mean the difference between lives lost or saved (for more on this topic, see the BRACC policy brief 'Why invest in resilience?')

Minister Nancy Tembo has stated on this Earth Day: ‘My ministry recognises that climate change and environmental degradation exacerbates existing vulnerabilities and therefore pose serious challenges to the future generation and also that of mother Earth. I therefore extend a renewed invitation to our youth to work together with Government in creating innovations and technologies that help our most vulnerable groups to adapt to and mitigate climate change’.

And finally, Earth Day itself is a milestone for citizen action and a celebration of the power of every individual to ‘think global, act local’.

Initiatives happening in Malawi this week include the launch of the landmark Strategy of the National Youth Network on Climate Change (see more on their Facebook page) and a stakeholder consultation for renewable energy in the country.

Also, don’t miss BRACC Hub’s inspirational tips for how you can do your own 3 things to support this Earth Day’s theme of ‘Restore Earth’. Happy Earth Day!