An interview with Julius Ng’oma, coordinator of CISONECC – the Civil Society Network on Climate Change.

2021 is a critical year for Malawi and the world, for action on climate change. It is widely seen as a year for dialling up ambition. There are high hopes that the United Nations climate conference, COP26, due to take place in Glasgow, United Kingdom in November – will inject renewed momentum behind global efforts on climate adaptation, mitigation and financing.

Each country that is a Party to the Paris Agreement is invited to submit its ‘enhanced’ (meaning, ‘more ambitious’) climate action plan to the United Nations, if it has not already done so.

It is expected that the Government of Malawi will finish revising its plan – also known as the NDC or Nationally Determined Contribution – by around March 2021, for submission. The country's National Adaptation Plan is due to be completed shortly thereafter, by 2022. It was launched in 2014 but has lain incomplete since 2017, due to lack of finance.

Julius Ng’oma is has always been part of the Malawian national delegation to the climate talks. With CISONECC colleagues, ahead of COP26, they have identified some key priorities for Malawian advocacy and influencing on the international stage, in Glasgow. The BRACC Hub caught up with Mr Ng’oma to find out more about the CISONECC priority agenda for COP26 – reflecting what matters to Malawi’s civil society groups.

“The first focus for Malawi at the COP26 has to be scaling up of easily accessible climate finance, which is (1) from public sources and (2) highly reliable and predictable,” he said. Of critical importance, existing Overseas Development Aid (ODA) should not be mis-sold or re-packaged as climate finance; new funding is required to meet developing countries’ substantial needs.

In the next five years, flows of such new, publicly-sourced climate finance from developed to developing countries should reach US$ 1 trillion, he advocated. Ease of access is a key condition: the Green Climate Fund’s (GCF) processes “leave a lot to be desired,” he laments. “It takes two years for approval of a GCF project, then another year to actually get the resources,” and developing countries cannot afford to wait.

The second focus for Malawi should be adaptation, he continued. Again, action is dependent on increased finance.

The GCF and Global Environment Facility -- two principal sources of international, public funding for climate action – here have requirements that are difficult to meet, Mr Ng’oma asserted. “They want you to provide a ‘business case’ for adaptation to unlock funding, to justify a return on investment that would stand in the private sector, but it’s not easy to do that. We’re saying: give grants to support adaptation work.”

Through its financial mechanism, the UNFCCC should consider supporting developing countries with grants and not loans which will just end up indebting them, he added: “The GCF and GEF are not Banks. They should work as trusts if they are to achieve their objectives of addressing climate change challenges through supporting adaptation and mitigation efforts in developing countries.”

The third focus should be on climate-related loss and damage, which looms large as a growing reality for Malawi and other developing countries - Mr Ng'oma said.

“When you go to the negotiating table, you can be told by developed countries: you should learn how to use insurance. But countries like Malawi need to be supported to do this. We called for the Warsaw International Mechanism under the UNFCCC to be strengthened. I hope as we go to COP26, we can do this. Although developed countries say we need a GCF loss and damage funding window, I think that’s not a good option. It spreads GCF resources too thin,” he concluded.

In addition to these crunchy negotiation issues, Malawi has a lot to bring to the table when it comes to cross-cutting concerns like gender, Mr Ng’oma said. “It’s about ensuring we have the capacity to adapt,” he stressed. “And also to get voices heard at COP who normally aren’t heard.” 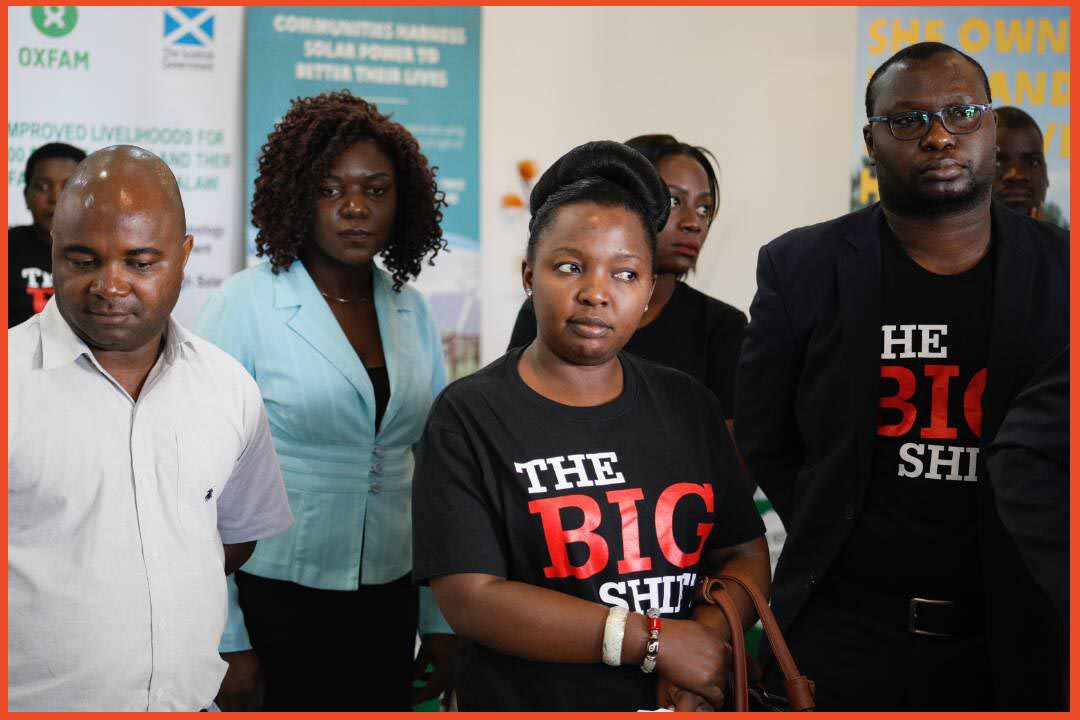 Civil society groups' plans for the weeks and months ahead

CISONECC will continue to support the Government of Malawi to finalise the NDC so that it reflects the country’s situation by incorporating the needs and priorities of the poor and most vulnerable to the impacts of climate change, according to Mr Ng'oma.

- Hold civil society dialogues on the NDC in February 2021 to contribute to the NDC development process;

- Support the validation of the final NDC to be submitted to the UNFCCC in March;

- Organise NAP and NDC development and implementation dialogues for synergy between the two processes in March;

- Organise the Road to COP26 dialogues in March, June and September; and

- Participate and contribute to national (government), regional (Africa Ministerial Conference on Environment - AMCEN) and international events (technical sessions of the United Nations climate talks, the SBI and SBSTA sessions) that will be organised as part of preparations for COP26.